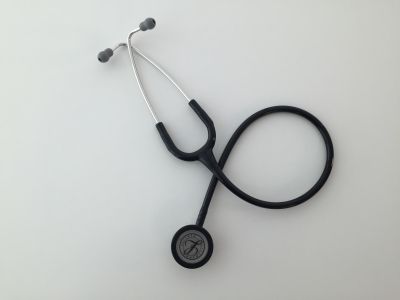 There have been some very important things happening in the world of heart valve technology over the past couple of months. One of the most significant achievement thus far has been the first ever implantation procedures of a new innovative biological valve.

Toufan said ‘The mechanics behind the new valve is what makes these pioneering procedures so significant. The new valve is the first biological valve that is expected to have an increased durability in younger patients.’ This valve is the first of its kind to offer younger or more active patients the ability to choose a treatment option for valve disease that will allow them to continue to lead active, healthy lives, go back to physical jobs and even have children - all things that the use of warfarin, needed for mechanical heart valves, usually used in young patients, can restrict.

While heart valve disease is predominately found in older people, Heart Valve Voice often supports younger patients as well such as our patient ambassador Guy Maddox and Ed Smith who have both received mechanical valve implants. When we heard that some of our Ambassadors were the first in the world to perform the operation, we had to find out more. We talked to Olaf about the importance of this new treatment option at the recent BCS Conference and he told us, “This is a big step in the right direction for the treatment of heart valve disease and will give patients even more options when it comes to improving their health.”

Guy was impressed by the idea of a new biological valve being available to patients like himself, “The benefits of a mechanical valve is their predictability, longevity and their continued performance throughout their lifetime. Having those benefits without warfarin, as available with the new biological heart valve, would make such a valve a huge advantage to active people like me, it would mean harder mountain biking and even rock climbing which I miss.” Fellow mechanical valve recipient Ed echoed Guy’s comment, “Technology appears to be moving so quickly and it’s great to see innovations like this for heart valve disease patients. I think that if this had been offered to me I would have jumped at the chance. I love being active although I’ve not yet experienced the physical limitations of warfarin as my surgery was fairly recent.”

Michael, who is also is very excited about performing this procedure and the new treatment option told us, “This development is particularly fantastic for our younger patients who previously were restricted to living a lifetime on Warfarin. Now they can continue their lives as they once lived it before they were diagnosed with valve disease as this new valve will allow them to be free of the restrictions that warfarin can place on them.”

This is just the beginning of the new innovations to come in the field of heart valve disease treatment. We will continue to learn more about this new treatment option and hope to speak to one of the patients who received this new valve so that we can find out more about their recovery and to help support other patients in the future. Watch this space for further information and to find out more about the valve itself and the pioneering procedures see the article on Silver Surfers, Cardiovascular News and the Daily Mail here.