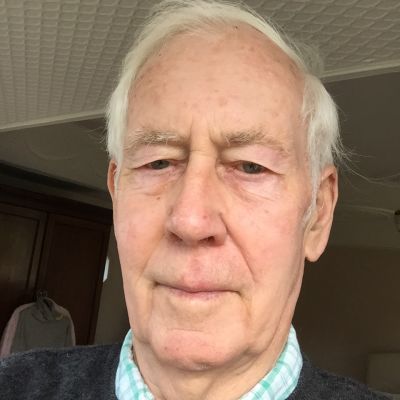 In 2013 Geoffrey Pritchard, of North London was admitted to Watford General Hospital after experiencing an episode of atrial fibrillation and was diagnosed with pericarditis. Geoffrey received a pericardiectomy, and through the associated testing they found another issue lurking, mitral regurgitation.

Geoffrey Pritchard, a former Engineer in the Royal Airforce who subsequently worked as a consultant in the Cabinet Office, had never experienced any previous issues with his heart. A keen golfer and gardener, Geoffrey has always kept himself active. In 2013, after an episode of atrial fibrillation, he was admitted to Watford General Hospital and after several visits and tests – including an echocardiogram, angiogram and a cardiac MRI scan, he was diagnosed with pericarditis.

His consultant booked him into the Hammersmith Hospital for a pericardiectomy where Mr Roberto Casula, a consultant cardiothoracic surgeon, removed the damaged pericardium. While at Hammersmith Hospital, Geoffrey received a number of tests whichrevealed another issue with Geoffrey’s heart, he was also suffering from mitral regurgitation. The physicians determined that the mitral regurgitation was moderate and decided it was best to monitor the condition knowing that later it would eventually require treatment.

Geoffrey received regular checks of his heart valve disease over the course of the next four years. As the disease slowly progressed over time, Geoffrey noticed his exercise tolerance steadily deteriorating. In 2017, an echocardiogram revealed that his mitral regurgitation had progressed from mild to severe and he was put forward for treatment. Due to Geoffrey’s previous open heart surgery for his pericardiectomy, another surgery of this type would have been a risky and difficult operation, so consultant interventional cardiologist Dr Will Wallis of Watford General Hospital referred him to Royal Brompton Hospital.

At Royal Brompton, interventional cardiologist, Dr Robert Smith spoke with Geoffrey about his treatment options, one of which was to use a new innovative device which had not been yet implanted in a patient in the UK. They both discussed his lifestyle and his previous medical history and it was decided that since he had received open heart surgery in the past, the best option this time would be to have this innovative minimally invasive mitral valve repair procedure.

In February of 2018 at the age of 76, Geoffrey had his procedure performed by Dr Smith. Follow up tests showed that the treatment was a complete success and since then Geoffrey has noticed a significant improvement in his overall health and his ability to perform his usual activities. In fact, he has already been back out on the golf course andin his garden and is seeing improvements in his abilities and energy levels every day.

His most recent check up confirmed that all was good with his heart and his mitral regurgitation was found to be between mild or non-existent!

“Since this procedure is not currently funded by the NHS, I’m really grateful that I was able to receive this minimally invasive procedure as opposed to open heart surgery,” said Geoffrey. “Not only did I recover quickly, but I can only imagine the cost savings of having patients like me in and out of treatment so quickly and feeling almost instantly better. It’s a shame all patients aren't provided with this option.”

Geoffrey plans to keep up with his hobbies and wants to work on getting his best score yet in his golf game.

Best of luck Geoffrey and we wish you continued good health!